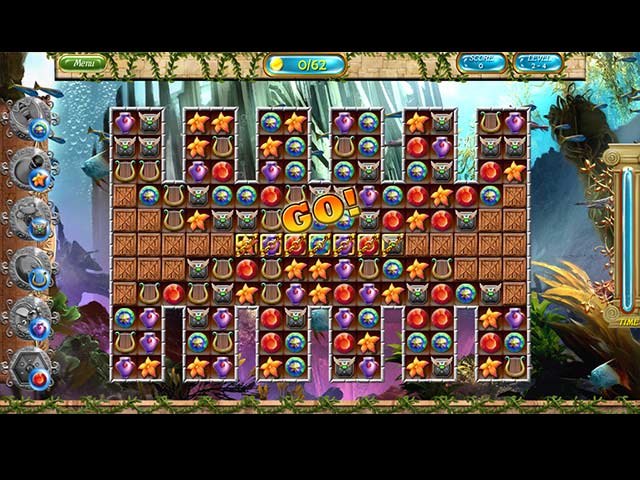 The epic trilogy that tells the tale of Angelo continues in The Trials of Olympus II: Wrath of the Gods. After fulfilling the Grecian king's order to build the most majestic palace on earth, Angelo went on to marry his true love, Princess Amara. Their happiness was cut short when Ares, the greatest god of war, arrived and kidnapped the princess. Help Angelo on his quest to make a kingdom with the strongest defense ever seen on earth and save Princess Amara! Explore wonderful yet dangerous locations from the Vortex to the Olympian Sky Kingdom, encounter mighty Titans and defeat ferocious beasts from Kronos to Kraken.