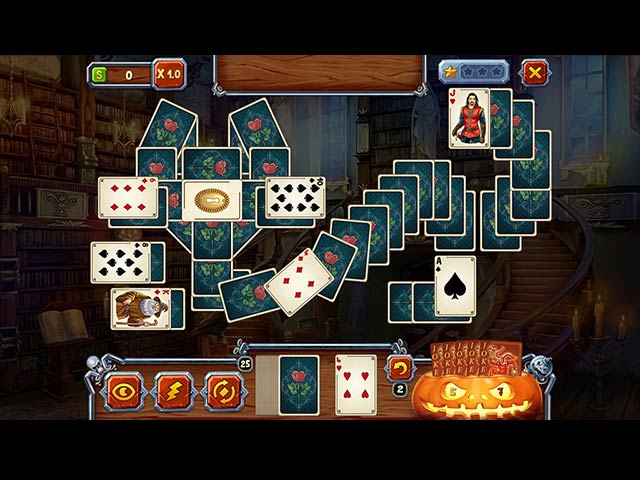 On the Eve of Halloween, terrible things have happened. The evil forces have escaped to our world and the wicked witch has managed to sneak into the Royal Castle and seize the powerful magical artifact, the Pumpkin Stick! She turned Prince Jack into a little furry animal, and all of the inhabitants of the castle into nightmarish monstrosities. Help Princess Mary to disenchant her beloved Prince Jack and to defeat the evil witch. Let peace and love reign in the glorious Kingdom again!