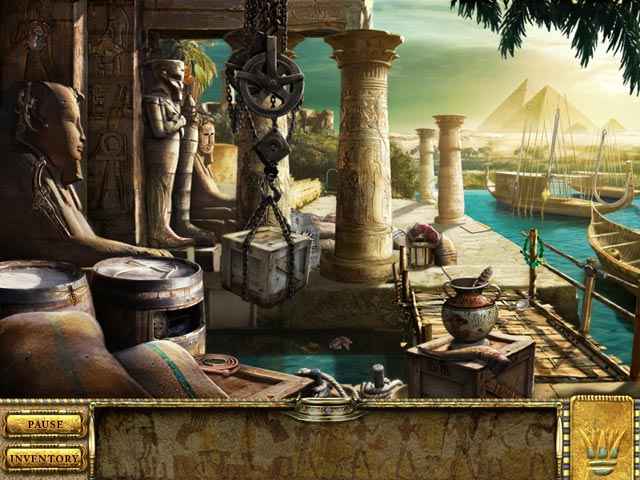 Before the Old Kingdom, in the fourth year of the reign of King Amenhotep IV, Queen Nefertiti enjoyed unprecedented power, equal only to the Pharaoh himself. However, in the fourteenth year of the King’s reign, all record of Queen Nefertiti vanished… until now. Brianna Hastings has been trapped in an ancient tomb, and only her sister can save her in Romancing the Seven Wonders Great Pyramid, a Hidden Object game.