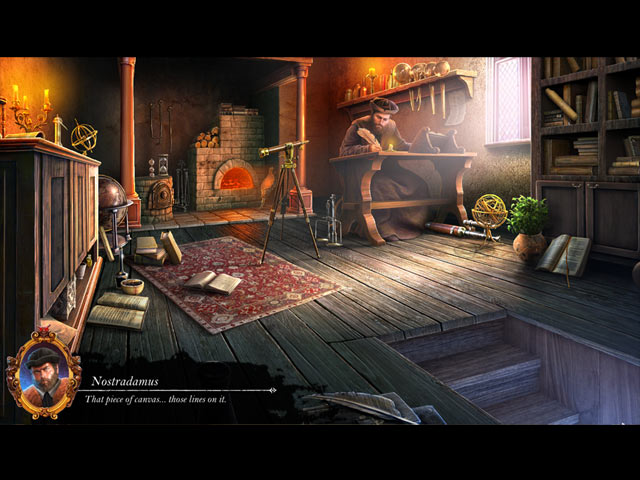 France, 15th Century... Michel de Nostradamus, Europe's most famous prophet, receives a strange letter from his old friend, Gregory, begging him to come see him as fast as he can. Once he arrives, Nostradamus discovers that a spell has been cast over his friend's home by evil spirits. After performing an alchemistic ritual to free the home from the evil spell, Nostradamus has a vision that four horsemen will come to wreak havoc on Earth. Wars, famine, plagues and many other catastrophes will be the fruits of these Four Horsemen of the Apocalypse. Willing to do whatever it takes to prevent this apocalyptic vision from coming true, Nostradamus wages a desperate battle against the forces of evil!