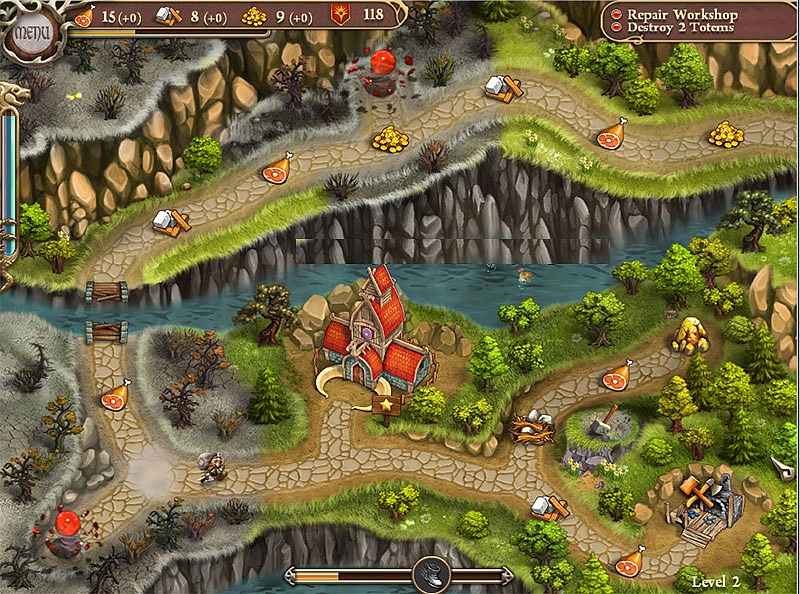 Northern Tale 3 continues the legend of brave king Ragnar and his family. Peace came to the lands of Vikings. The cruel witch Gesta and her henchmen are defeated and pose no threat. But there are rumours of a new evil on the rise. All four of the sorcerer-kings of the neighbouring kingdoms disappeared and their lands are plagued by the monstrous creatures. Turns out that an ancient Etherial Dragon cursed the kings and turned them into fierce elementals. In order to stop the evil from spreading Ragnar will have to free them from their curses and defeat the Dragon himself!