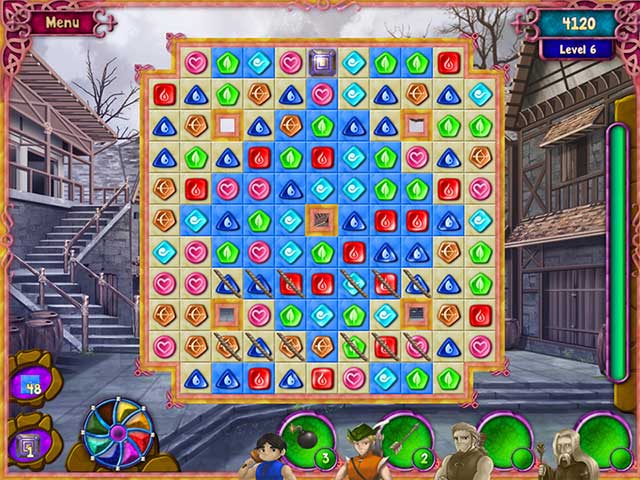 A long time ago, The Lands were filled with magic. During this time, The Wizards abused their power and created chaos throughout The Lands. A group of Wizard known as The Ancients was determined to end this chaos and they were able to contain magic by turning it into crystal. Without magic the chaos finally ended and The Dark Time of Wizard came to a close. After long years of peace and prosperity, Irimant the Warlock discovered and broke the magic crystal to return magic back into The Lands. Corrupted by the crystal, the Warlock sends his minions to destroy everything in their path. Join Gallant and his crew to defeat the evil Irimant. Help restore the peace in a land of wizards!