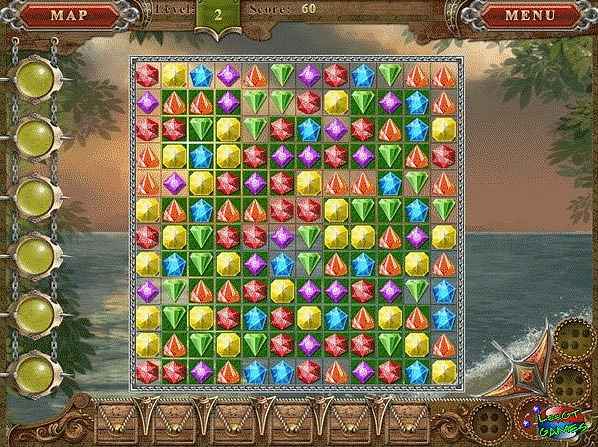 Many years ago, the ship of the legendary pirate Henry Morgan ran into a terrible storm. To save themselves from the ferocious tempest, the crew tried to steer the ship towards a nearby island, but couldn't make it, ending up lodged on a reef. The ship's crew struck out for the island, their treasure in tow, to live out their days and bury the treasure on this deserted isle. You, a cabin boy on that ill-fated voyage having managed to escape somehow, have grown up to captain a ship of your own! Now you must plot your return to this island to claim the pirate treasure for yourself!