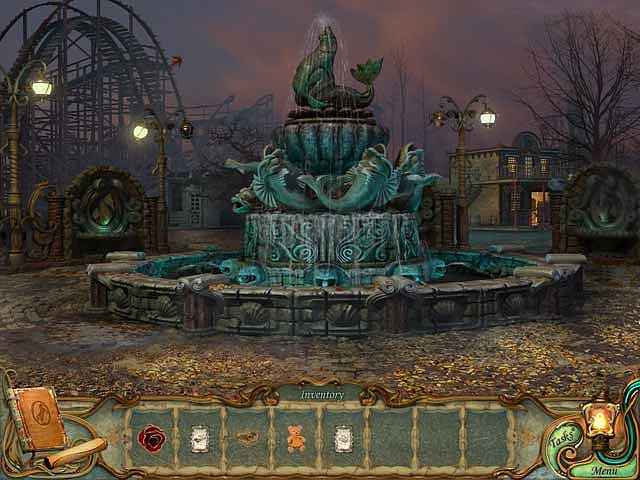 Dreamland is an old abandoned amusement park, or so it seemed until the day your younger brother returned from it, not fully himself. An evil dwarf resides there who brightens up his miserable days by collecting the souls of those who risk entering and your brother is one of his victims. Can you figure out how to break that contract signed in blood and how to avoid having one of your own? Explore the remains of the rundown park and defeat the dwarf to free all of the lost souls. Search the haunted house, the carousel, the puppet theater, and more to find useful items and clues to vanquish him. He has many traps and tests laid out for you. Outsmart swindlers in the shell game, fire the cannon on the Pirate Ship, and blast off to the Moon as you solve tricky puzzles. It's a spellbinding challenge full of dangers. Will you succeed?