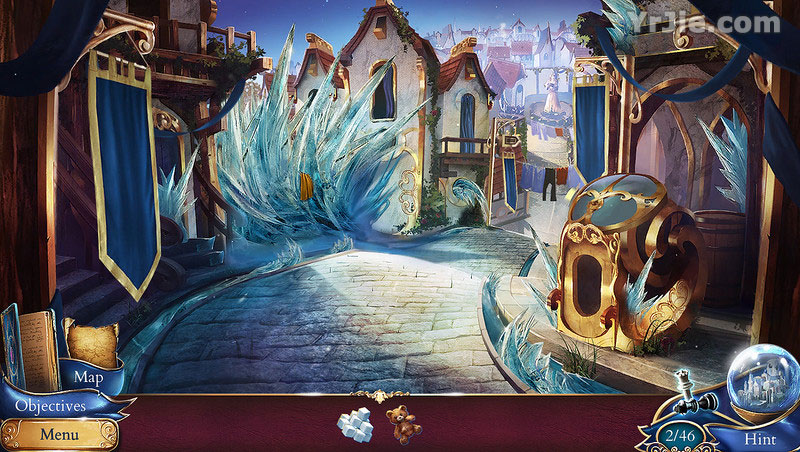 The peace in the White Kingdom is marred by the appearance of the mysterious Black Knight. His identity and intentions are unknown, but when he kidnaps your only son Nevin, you follow him in pursuit. As Gillian, explore two worlds and use the Magic Scrolls to discover the truth about a forgotten royal lineage.Long ago, the twin kingdoms destroyed each other in war. The White Kingdom was rebuilt with magic, but the Black Kingdom is still cursed - dark clouds envelop the sky, and dangerous vines destroy fields and houses. The noble Queen Mariette in the White Castle looks after her own subjects, but also supports the suffering inhabitants of the dark land. During your dangerous journey you will meet the inhabitants of both the White and Black Kingdoms. It won't be immediately clear who is truly trustworthy. The boundaries between good and evil, magic and technology, and black and white will begin to blur, and the fate of the two kingdoms - and your son's life - will be in your hands. Will you work with the most unexpected allies? Will you stop the evil and solve the mystery of the royal blood?