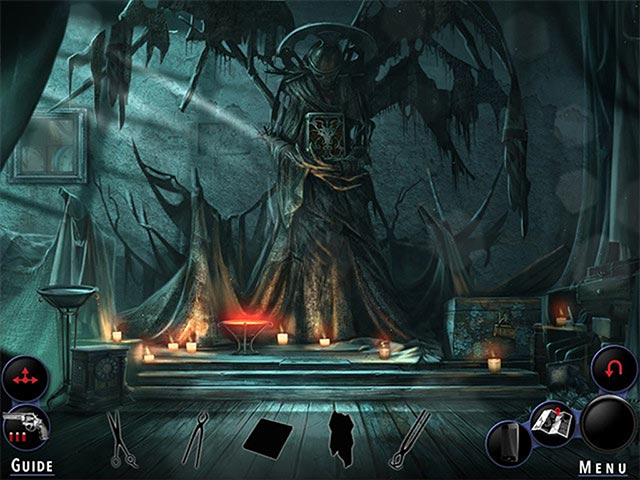 Adam Wolfe: Blood of Eternity contains graphic content and is intended for mature audiences. Following his previous two cases, Adam begins to unravel a new mystery. This time, Adam comes to the aid of a painter that is besieged by a ghost. In his investigation, he learns more about the same cult and that it might be somehow connected to his missing sister. Through mortal danger, he reunites the painter with his departed wife but also attains a solid lead about his sister. For the final case, Adam finds his sister, but also the leader of the cult which took her, leading to a confrontation. He narrowly avoids death and ends up in a strange world that seems to be completely morphed even though it resembles reality. Battling madness, he manages to find his way back to reality where he sees that he is about to get killed by the cultists and their powerful leader. Instead, his sister sacrifices time and Adam avoids danger but ends up trapped in a place outside of this world.